“Here the hostage is dead. Can’t have that. Tighten up your groups, all of them.” 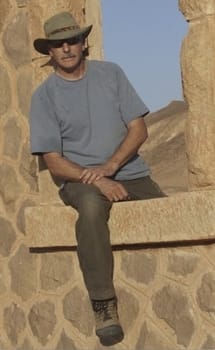 James Stejskal is an author, military historian, and conflict archaeologist. To gain inspiration and research his writings, he spent 35 years serving with the US Army Special Forces and the Central Intelligence Agency in interesting places like Africa, Europe, the Balkans, the Near and Far East. 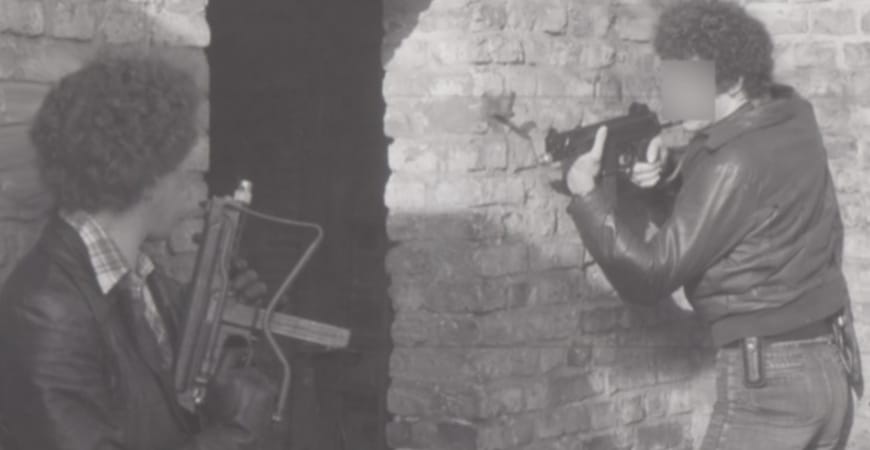 The echo of pistol shots bounced off the concrete walls of the range as thin tendrils of smoke curled up out of the Walther P5 barrel that fired them.

“Clear your weapon and let’s take a look,” said Ron, our instructor.

We moved down range, walking the short seven meters from the firing line to the targets.

I had fired four magazines of ammunition, double-tap, at the numbered targets according to his verbal commands.

From where I was standing, I could see what damage I had wrought but Ron wanted to show me something.

My two errant rounds, “fliers” he called them, were outside the acceptable limits.

Using another target silhouette he overlapped one atop the other.

“Here, you’re okay,” he moved the cardboard a bit, “here the hostage is dead. Can’t have that. Tighten up your groups, all of them.”

The verdict was matter of factly delivered.

It didn’t matter that the “hostage” wasn’t displayed when I was firing; accuracy was paramount at all times.

We were located in Berlin, the “Outpost of Freedom” as it was called in the western press.

There were only a few of us Special Forces types in the city, a small fraction of the 12,000 American, British, and French — the Allies — stationed there.

That was an even smaller fraction of the roughly 1,000,000 Soviet and East German troops surrounding us.

Men became consummate professionals at war in the shadows 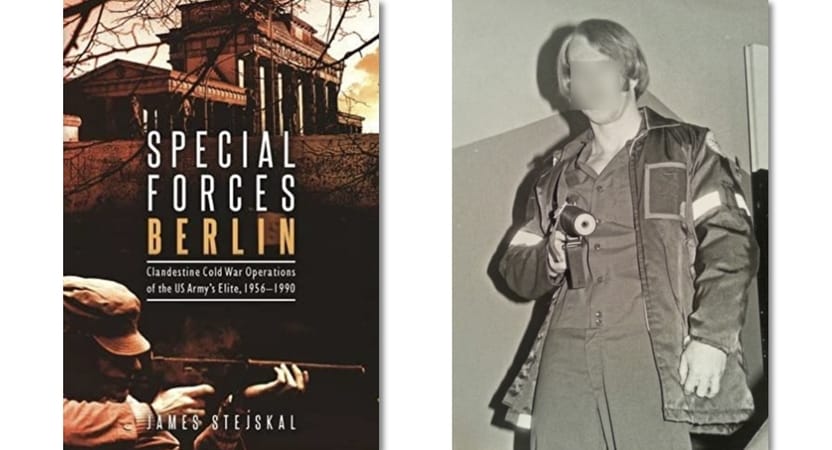 It was the height of the Cold War between NATO and the Warsaw Pact.

Berlin was the focal point of that struggle, although many bloodier skirmishes took place elsewhere around the world.

Our mission in Berlin was secret.

We were known to the outside world as Detachment “A” or Det “A” for short.

This unique SF unit had been stationed in Berlin since 1956 waiting for the moment when the Cold War might turn hot.

If conflict did come, SF Berlin was tasked to disrupt Soviet rear area security and slow the advance of the Warsaw Pact’s forces towards Western Europe.

The men of the unit had to be experts not only in unconventional warfare but urban operations as well.

It was a tall order for 90 men posted 110 miles behind enemy lines.

The odds weren’t good but we accepted them.

Day-to-day life was always interesting — training for special operations under the nose of the enemy was a challenge.

The men became consummate professionals at war in the shadows, much like their predecessors in the Office of Strategic Services.

They had to work under cover using esoteric intelligence tradecraft skills taught by case officer instructors from the Agency.

Wearing an American army uniform was not part of the mission, but wearing someone else’s was.

Very good language ability and an intimate knowledge of local customs was mandatory.

Of course there were other unique tasks to learn like where and how to cross East German border defenses without being shot.

In the 1970s, the situation began to change.

Terrorism had reared its head in Europe.

At first it was small-scale attacks, but then came the kidnapping of Israeli Olympic Team in Munich and the subsequent debacle at Fürstenfeldbruck Airfield.

Senior officers in the U.S. Army European Command realized the military was not prepared for such incidents, especially aircraft hijackings.

Remember, this was well before 1st SFOD-D aka “Delta” got off the ground.

So Special Forces Berlin was ordered to prepare for the job.

In 1975, Det “A” became the first U.S. military unit with counter-terrorism as one of its missions.

For the men of SF Berlin, there was a new skill-set to be learned while maintaining the old one.

Many of the men had trained with SWAT teams and special forces of our allies.

Together with our established knowledge base, we drew on those special experiences to build a solid program that would accomplish what was needed.

Some of it came from historical examples; books came out of the closet and the masters were re-learned: what Fairbairn learned in Shanghai and Applegate taught at Area B-2.

Much came from our British cousins — the Special Air Service.

Several of our troopers spent a year at with 22SASR and brought their philosophy of Close Quarter Battle to our doors.

British CQB coupled with the U.S. Army’s Vietnam era “Quick Kill” techniques were integrated to teach our shooters how to acquire and hit a small target without using the sights.

For longer ranger shots, the sights would be quickly visualized.

The stated aim of CQB is simple: to guarantee success in killing.

Starting out at 5 meters and then moving back to 7 and 10 meters, a shooter could quickly engage a target with a rapid “double-tap” — two-rounds in the kill zone of first, an 8” platter-size circle, down to a 3” tea-cup saucer.

At first it was single targets, then multiple, then mixed shoot / no-shoot targets.

It became more intense with a single marksman on the line, then in pairs, then four-man teams, and static then moving targets.

All timed, all under pressure.

To get out of the firing range mindset, we built a shooting house to practice room clearing, single and multiple rooms, hallways and closets.

Abandoned buildings in the city and empty Pan Am aircraft standing isolated on the tarmac at Berlin’s Tegel Airport gave us the chance to practice full-on CT scenarios.

That involved a deployment of the headquarters element, sniper/observer elements, and anywhere from four to eight assault teams to conduct practice on different scenarios— good for almost anything might come up.

But that wasn’t enough.

We needed to practice clandestine entry and takedown techniques — essentially getting into the target area, taking care of business, and getting off the “X” once it was all over.

Previously, we had provided “other” agencies with back up surveillance and security, mobility, infiltration and exfiltration capabilities, all of which were all useful for a possible hard target CT operation.

Who knew when you might need to extract someone — a VIP or High Value Target — from East Germany?

Det “A’s” soft-skills like language, intelligence tradecraft, expertise in unconventional warfare, and the ability to move unobtrusively in an unfamiliar environment, coupled with its dynamic entry, shoot to kill, special operations skills were a combination unavailable anywhere else in the U.S. military.

And soon they were needed.

Men who could operate undercover in a denied area 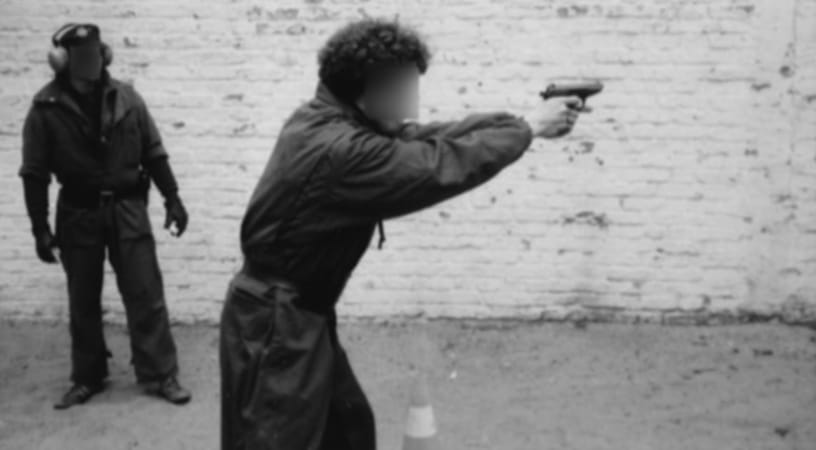 In November 1979, the U.S. Embassy in Tehran was overrun and more than 50 hostages taken by “radical students.”

Three more Americans were being held in the Iranian Foreign Ministry.

It was not long before the Pentagon came calling.

By then, SFOD-D was up and running.

It had been certified for CT operations just days before the embassy was seized.

Although Delta had the 90 men necessary to rescue the hostages from the embassy compound, they didn’t have enough for the Foreign Ministry tasking.

SF Berlin got that job and ten men were selected for the operation.

Training, intense multi-service planning. preparation, and practice began but there was one small problem.

There was no intelligence about the target or the enemy forces and the national systems could not (or would not, some say) provide it.

The answer was simple, send in men who understood the target and the mission requirements, men who could operate undercover in a denied area with the ability and confidence to successfully acquire the information needed, and then meet the assault force to lead them to the target.

Where do you find such men?

One unit had them ready to deploy: Detachment “A” Berlin.

As we know, the Iran rescue mission was a failure which ended with a terrible accident at Desert One that took eight men’s lives.

But there was a successful side to the mission, the advanced reconnaissance mission into Tehran that provided the required information for the operation to go forward.

The lessons learned from the Joint Task Force 79 mission resulted in the Goldwater-Nichols Act and led to the creation of U.S. Special Operations Command.

The full history of Det “A” is told in the book Special Forces Berlin: Clandestine Cold War Operations of the US Army’s Elite, 1956–1990.

Not all of SF Berlin’s stories could be told but I found one way to fill the gap: as fiction.

So, The Snake Eater Chronicles were born.

The first of that series is called A Question of Time. (Casemate Publishers, November 2020).